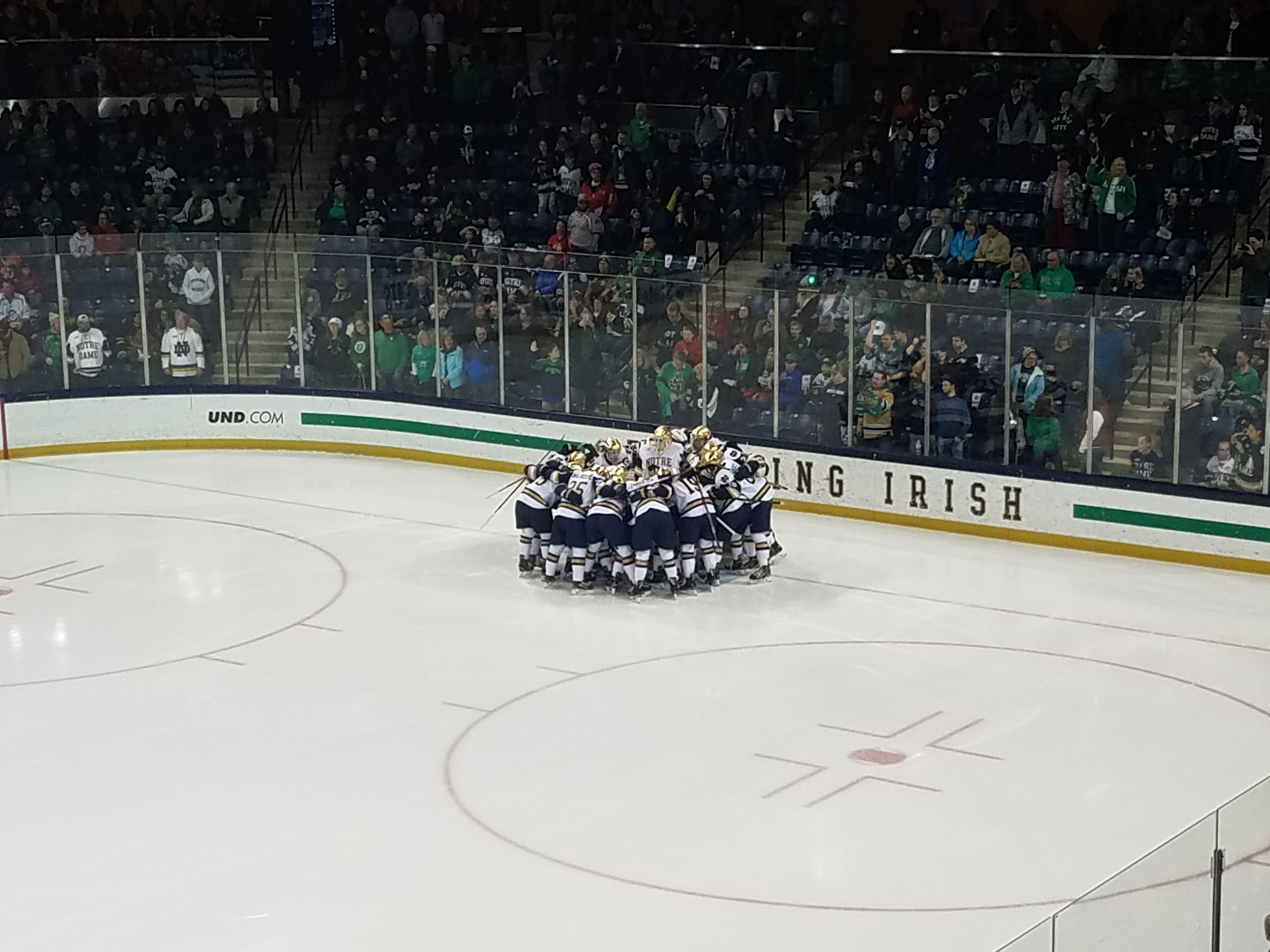 It has been a week since the Notre Dame Fighting Irish Hockey team came off the ice from their National Championship game. There have been major changes in four of those players lives. Two Seniors Jake Evans and Jordan Gross have signed contracts as well as Juniors, Andrew Oglevie and Dennis Gilbert. So where did they go?

On April 9th, Jake Evans signed a contract with the Montreal Canadiens. The contract is a two-year entry-level contract, which will take effect in the 2018/2019 season. Jake was the 207th overall draft pick back in 2014 NHL Entry Draft.

While at Notre Dame, Jake played in 158 games and he racked up 41 goals, 97 assists, totaling 138 points. Some highlights of Jake’s Senior year: Evans became the 52nd player in program history to notch at least 100-career points. Scored the game-winning goal and added two assists for a three-point night in Notre Dame’s 5-2 win over sixth-ranked Minnesota (Nov. 25). Had a goal and an assist to lead Notre Dame to a 3-1 win at Michigan State (Dec. 1). Named to the First Team All-Big-Ten and garnered the 2018 Senior CLASS winner. Jake also had the game winning goal against Michigan in the Frozen Four with 5.2 seconds remaining in the game (April 6).

On April 12th, Jordan Gross signed a contract with the Arizona Coyotes. His contract is also a two-year entry-level contract. Jordan was an undrafted free-agent.

On April 11th, Andrew Oglevie signed a contract with the Buffalo Sabres. His contract is also a two-year entry-level contract. Oglevie was also an undrafted free-agent.

While at Notre Dame, Andrew played in 107 games, Oglevie had 41 goals and 48 assists for 89 points. Some highlights of Oglevies’s Junior year: Tied his career high with three assists in Note Dame’s 4-1 win at Minnesota (Jan. 27). Assisted on both Notre Dame goals in the 2-2 tie (shootout win) at Penn State (Feb. 3). Notched a pair of assists in Notre Dame’s 6-3 win over Michigan State (Feb. 23), which was his 100th career game. Assisted on two goals in 4-3 NCAA tournament win over Michigan Tech (March 23). Recorded an assist on Dylan Malmquist’s game-winning goal in the East Regional Final against Providence (March 24). Scored the only goal for the Irish in the National Championship game on (April 7).

The 2018/2019 season for sure is going to be a “next man up” scenario. The understanding of the departing seniors is one that the Fighting Irish knew was going to happen. The departure of the Oglevie and Gilbert will be a void that will have to filled immediately. The team itself has plenty of talent still in place. There is one question that remains, does the team have what it takes to get back to the Frozen Four? With Coach Jackson at the helm, I say the answer is yes.