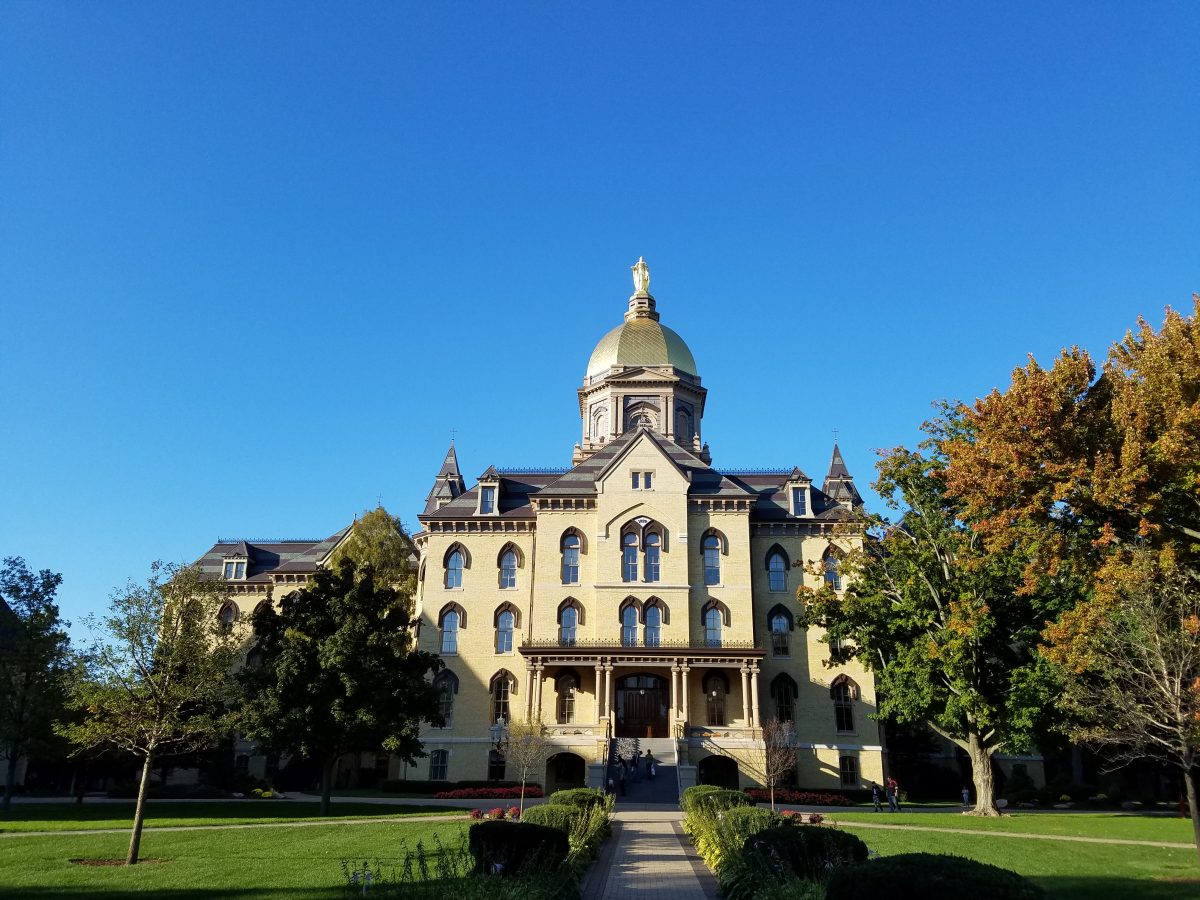 In 1842, a priest named Father Edward Sorin C.S.C. opened the doors to a new school. In 1844, the university received official college charter. The University of Notre Dame Du Lac was born. The original line of studies included a handful of subjects that included humanities and poetry to name a few. Foreign language, music and drawing courses were part of the universities early years. In the early beginning of Notre Dame, the sport of football was not even a thought.

In 1846, the University of Notre Dame Marching Band was born. The marching band is recognized as the one of oldest marching band in the country. On November 23, 1887, the university fielded its first football team.  The first football game was against Michigan in which they lost 8-0. The team ended the season with a 1-3 record. As a matter of record, the football team had a record of 31-15 early on.

The era of Knute Rockne (1918-1930) brought a new view to the University of Notre Dame football team. Rockne delivered a record of 105-12-2. Including three National Championships. Rockne set the bar for excellence on and off the field. Knute made it clear that his players needed to excel in the classroom as well as on the field.

Lou Holtz (1986-1996) brought his philosophy of education and sports to Notre Dame. Holtz delivered a 95-24-2 record and a National Championship. Holtz is quoted in saying, “no matter what happens on the field, getting and education makes you a winner.” His former players will tell you this is what the heard on a daily basis.

It is my strong belief that these teams have been highly successful due to the strong institutional values the University of Notre Dame sets for all of its students and student-athletes. Fans should be thankful they have teams performing at such high levels. The football team should not take a hit as the team is winning on the field as well as in the classroom.

Notre Dame has won 11 straight National Titles based upon the 2017 graduation success rate numbers. 98% of Notre Dames student athletes have graduated. That is the title that means the most.

Saying Notre Dame is no longer a “football school” isn’t much of an argument. What can be said is that other sports have benefited from football’s past success. I would like to say, “A university is not based upon the success of its sports, it’s based upon an output of educated students coupled with the successes of the student-athletes who part take in sports activities. That’s what type of university Notre Dame is.